Fantastic Clothes and Where Do I Find Them!?

We’d been putting it off for quite some time, as we are both great fans of the Harry Potter books and movies. My wife is encyclopaedic in her obsession with the books, having spent more of her formative years in Hogwarts than in the real world. Her knowledge of the lore is what makes me genuinely concerned that she is secretly a witch. One wrong word on my part and I’ll be on the wrong end of a swift Cruciatus curse.

So, tonight we settled down on our last evening of the festive break to enjoy Fantastic Beasts & Where to Find Them, as a sort of last-ditch attempt to escape reality before the morning alarms sound tomorrow.

“Just remember,” I said, “This is not a Harry Potter film.” This served to suitably lower our expectations in order to avoid disappointment, whilst also allowing us to enjoy the film in its own right. 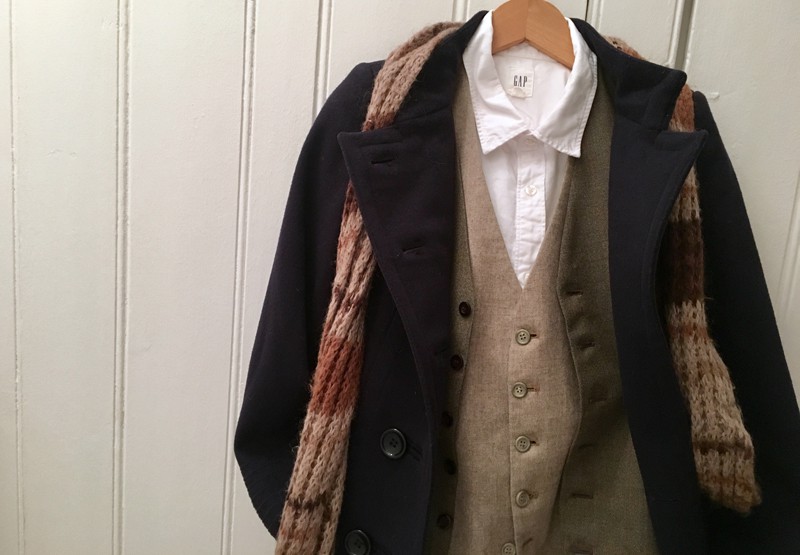 We got comfy, gave the dog a chew to keep her occupied, and pressed play. What followed was 2 hours of generally quite enjoyable entertainment, particularly the portrayal of Newt Scamander by Eddie Redmayne. Having a lead character that is so starkly different from Harry was essential, and made the film all the better for it. Unlike the uninitiated Potter, Scamander is a learned, talented and proven wizard who takes action based on his expertise rather than by exuberant and arrogant youthfulness.

The only drawback was perhaps the overly-CGI portrayal of Gnarlack, a gangster goblin played by Ron Perlman. The character was delivered well, but the special effects were unfortunately lacking any realism – and yes, I appreciate that goblins aren’t real! The Potter movies made use of prothetics alongside motion capture to ground the CGI characters into the performance. Gnarlack, however, was unashamedly super-imposed and very poorly executed. This is perhaps all the more apparent due to it being alongside the endearing, charming and captivating fantastic beasts themselves. Yes, there could have been something a little more ‘magical’ about some of them, but I’m sure future films will build on this to some extent. I personally liked the subtlety of the creatures, with more focus being on the relationship with Newt than with their mystical abilities.

The overall highlight for me had to be the costuming. Achieving such a spot-on outfit for each of the characters was what made the film for me. Transporting the viewers not only to the stylistically sharp 1920’s USA but also to the delightfully eccentric wizarding world too was masterful. From the dapper tailoring on Colin Farrell’s Percival Graves, to the flapper styling of Tina Goldstein, and even the trenchcoated aurors, it was all on point.

The finest finish, of course, was Newt Scamander himself. The traditional Engligh gentlemen meeting the unconventional wizard’s garb was truly captivating, with rich layering of sartorial pieces that mis-matched and married in the way that is only doable in the world created by J.K. Rowling. Jealousy now hangs over me, as I sit here and contemplate on how I can get away with dressing similarly on a daily basis in the 21st century reality that I am forced to endure.

Who knows, maybe I’ll just go for it and embrace my inner eccentricity. Not sure I’ll climb into my suitcase though.